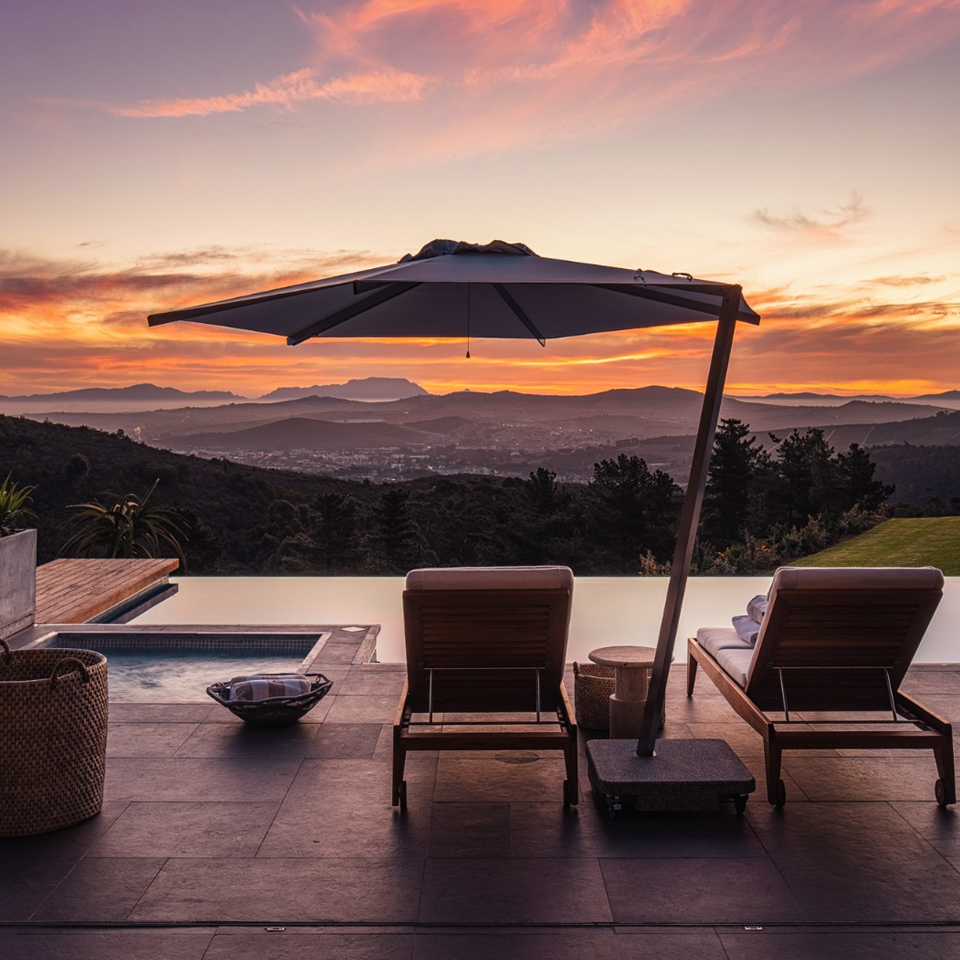 Cantilever umbrellas create an atmosphere of sleek, professional luxury in any space wherever they’re placed. They are more versatile than traditional centrepost varieties though despite this they are not usually the first choice for commercial umbrellas – this is because they require staff to be more attentive and are less stable in the wind if they are not a wind-rated or heavy duty umbrella. Regardless, the look of and extensive shade provided by a premium cantilever umbrella can not be beaten and the following umbrellas display this as the best cantilever umbrellas in Australia for commercial use.

The Shelta Asta is one of the only commercially-sound Shelta cantilever umbrellas available off the shelf, and is certainly one of the most popular cantilevers in Australia. Like any premium cantilever umbrella it features 360º rotation and marine grade materials such as an aluminium frame and castings, and stainless steel cabling and fasteners. What sets this carefully engineered cantilever apart from the rest however is the 60km/h wind rating it has earned, making it one of the best cantilever umbrellas for wind! It is also capable of tilting and has an easy open and close mechanism.

The Sidepost Classic is a reliable Australian made cantilever umbrella which is made to order to suit its surroundings perfectly. Choose the shape, the colour of the canopy and the frame to create a coherent and opulent commercial space, or blend them into the background for understated luxury. This umbrella also features 360º rotation, and the canopy can be removed when it is collapsed for safe-keeping. Supported by a strong aluminium pole and stainless steel fittings, the Sidepost Classic is an excellent contender for being one of the best outdoor umbrellas in Australia.

The Queenslander is a custom heavy duty umbrella made in Australia and has a large range of options to choose from to create the perfect umbrella to adorn the space. This umbrella has full 360º rotation as well as three tilt positions and is opened and closed using a removeable crank, which is perfect for commercial or hospitality umbrellas as this means that customers will not be able to move the umbrella themselves and risk damaging it.  Structural aluminium is used to make the post for extra strength and the fittings are stainless steel, so they will be sure to last very long time!

The Parashade cantilever umbrella is new to Australia but has been tested under the sun in some of the hottest countries in the world. This umbrella stands out from the others on this list because of its unique way of opening and closing – instead of a traditional ‘blooming’ canopy, the canopy of the Parashade opens sideways and joins in the middle. This innovation is fantastically minimalist and will grant a touch of sophistication to any hotel, resort, or restaurant that it is installed at. Another great aspect of the Parashade is that it is available in a 2.1m cantilever umbrella, which is a brand new size never before seen at Shade Australia. This is the smallest cantilever size now available on the market and is perfect for footpath dining spaces. It is also durable, with a stainless steel post and aluminium arms for rust resistance, and stainless steel fittings for the best possible lifespan. In case of strong winds, this umbrella is fitted with ‘gust buster’ arms which pop up and take stress off the arms of the umbrella, mitigating any damage the wind may have caused.

If style and shade are two pieces of a space’s puzzle, you’ll be sure to find the solution with any of these Heavy Duty Cantilever Umbrellas suitable for commercial use.